via Chernobyl: Documentary on Link TV “There is no safe Nuclear Power.” 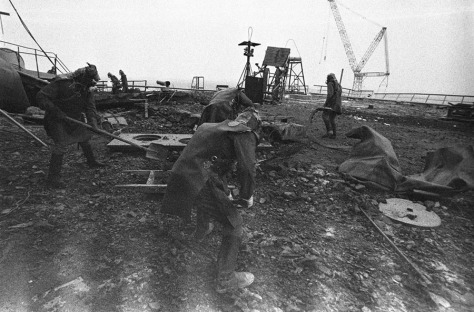 This documentary details the effects of the Chernobyl disaster locally.  Unsafe nuclear reactors still operate.  Tourists called “stalkers” pay money to be sneaked into the most unsafe areas for a thrill.  Some people from small villages have moved back to contaminated areas.  There has been a rise in tourism to this area because of the HBO series.

via Scheer Intelligence Podcast: The Housing Crisis, the Real Culprits (More of Them) Clinton, Bush, Obama