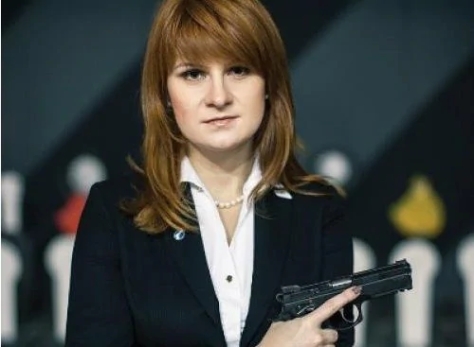 NBC (Winter, 11/16/18) is reporting that Mariia Butina is negotiating a plea deal with prosecutors.   Lawyers for Butina and prosecutors asked the judge for two more weeks before going ahead with scheduled hearings because they were negotiating “a potential resolution.”  Butina is facing charges of conspiracy and failing to register as a foreign agent.

On Thursday, Butina’s lawyers asked the court to dismiss the charges against her.  They argued that one of the statutes under which Butina is charged is unconstitutionally vague.  They also argued that she was being charged with two crimes for the same act.  They say the charge of conspiring to act as an agent of a foreign government is duplicating the failure to register charge (Hsu, 11/15/18).

Butina is being charged with helping her ex-boss, Alexander Torshin, “infiltrate politically powerful US. Organizations, including the NRA…”  It is thought that she served as a special assistant to Torshin, a “former Russian senator and deputy head of Russia’s central bank…”  Torshin was sanctioned by the Treasury Department in April of 2018 for having links to organized crimes (Winter, 11/16/18).

Her colleague and domestic partner, Paul Erickson, introduced Butina to influencital people in the Republican Party.  He also sought to organize a meeting between Trump and Alexander Torshin at a May 2016 NRA convention.  Troshin and Butina briefly chatted with Donald Trump Jr. during a dinner at the convention (Hsu, 11/15/18).

The Russian government has been active in trying to get Butina released.  There have been six consular visits to her in jail, four diplomatic notes, two personal complaints by Sergey Lavrov to Secretary of State Mike Pompeo, and the official Kremlin Twitter account made Butina’s face its avatar (Hsu, 11/15/18).