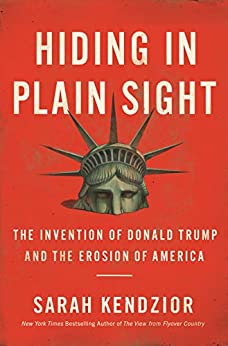 Interview with Sarah Kenzior about her new book “Hiding in Plain Sight.”

Notes from the interview:

Criminologist, writer, actor, storyteller, painter and a lover of all things feline. View all posts by cjjohns08