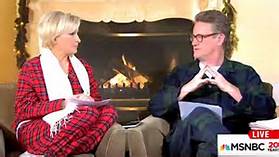 Enough of that.  Another thing:

Biden is running an ad campaign asking why Bernie Sanders wanted to primary Obama.  Biden is trying to imply that Sanders “didn’t have the back of the first African American” president.  Biden is blatantly trying to call Sanders a racist.  Well, let’s see why Sanders might, just might have thought about a challenge to Obama.  Maybe because Obama richly deserved to be challenged?  Maybe because it’s a democracy?  But, no, it must be racism.  I can’t even come up with one reason to challenge Obama except, oh yeah, how about stumbling all over himself putting Wall Street in his cabinet and then refusing to prosecute those responsible for the financial crisis?  But, then again, I’m one of those “vicious” Bernie Bros.  (Adrienne Elrod actually accused me of that and then blocked me.)  I’m proud, proud of that.