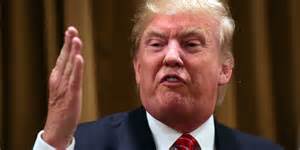 In a HuffPost/YouGov poll taken just after the sexual assault allegations against Harvey Weinstein, 8%, just 8% of the supporters of Trump believed that he had been guilty of sexual assault even though the Access Hollywood tape had already been released.

There’s a reason why evangelicals flock to Trump.