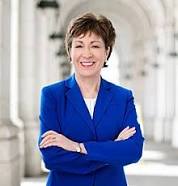 The headlines have given me yet another chance to point out that Susan Collins is not a reliable ally of anyone except herself.  She was reported by CNN to be meeting in the White House with Donald Trump last night along with others who might be considered potential votes against Trump’s new Supreme Court Nominee.  Don’t count on Susan Collins for anything even though she’s “nice.”