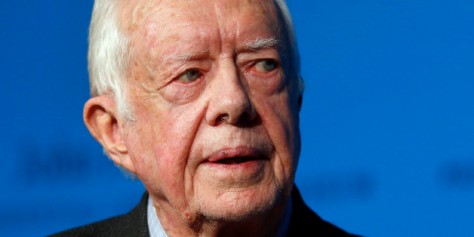 This is a quote from an interview done by Thom Hartman in 2015. Hartman asked Carter about Citizens United.

“It violates the essence of what made America a great country in its political system. Now it’s just an oligarchy with unlimited political bribery being the essence of getting the nominations for president or being elected president. And the same thing applies to governors, and U.S. Senators and congress members. So, now we’ve just seen a subversion of our political system as a payoff to major contributors, who want and expect, and sometimes get, favors for themselves after the election is over. … At the present time the incumbents, Democrats and Republicans, look upon this unlimited money as a great benefit to themselves. Somebody that is already in Congress has a great deal more to sell.” Jimmy Carter. Zuesse, Eric (8/3/15) Jimmy Carter is correct that the U.S. is no longer a democracy.” Huffington Post.