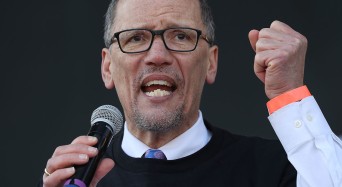 That means we’re no better than anyone else!  Cry, whine, bleat.

The Democratic Party is fighting over what to do with the hated superdelegates.  Politico has reported an angry confrontation on Tuesday between Tom Perez and the House Democrats over plans to change the method of allowing the superdelegates to vote.

Infuriated over a plan that wouldn’t allow the “superdelegates” to vote on the first ballot, Tom Pascrell (D-N.J.) issued the quote of the day.  If this goes into effect (eliminating the superdelegates until the second ballot) Pascrell wailed “We’re no better than anybody else…”

YES, IDIOT, THAT’S THE IDEA.  IT’S ABOUT TIME YOU FIGURED IT OUT.  That’s what democracy is and what the Democratic Party is supposed to stand for.