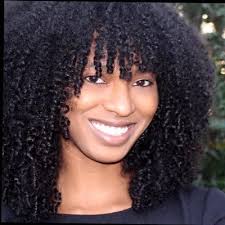 Just pointing out yet another pundit, Juanita Tolliver, taking the opportunity on Ari Melber to diss Bernie Sanders tonight.  When asked about the incredible amount of money Sanders raised in the first few hours of his candidacy, Tolliver remarked that he’s been building “that email list” over several candidacies and she’d be surprised if he didn’t raise that much money.  So, according to Tolliver, let’s write off Sanders’ fund raising abilities and obvious popularity.  And, according to Tolliver, the voters see other candidates who “look like them” they would rather vote for.  This, of course, completely ignores any of Sanders’ policies – just advocates voting for people who look like you.  I would like to point out that Maggie Thatcher looks like me in a sense and I’d rather eat my left arm off than vote for her.  Second, Tolliver, hastened to point out that Bernie Sanders somehow insulted Stacey Abrams by giving a response to the State of the Union address, something he has done for years.  I’m tired of this folks.

I’m tired of folks complaining that Sanders isn’t a Democrat.  You should be kissing Sanders’ ass that he’s running as a Democrat and not an independent.  And, if it weren’t for Bernie Sanders, the Democrats would still be telling us that they had to accept corporate money to win.  I’ll say it again, the Democrats should be kissing Sanders’ ass instead of taking every opportunity to ridicule and dismiss him.

I have to hand it to Ed Rendell, on Ari Melber, for refusing to go along with the crowd and refusing to talk about Sanders with contempt.  When Rendell pointed out that Sanders was making a point that people shouldn’t discriminate against other people because of their age, Tolliver scoffed and smirked on a split screen.  When Ari Melber asked if Sanders’ shouldn’t be credited with moving the party to the left, Tolliver did the same thing.  This makes me really mad.

You know, people wonder why Sanders’ supporters had a hard time swallowing their bile and voting for Hillary Clinton.  This is why.  The smirking, condescending, ridiculing is just so reprehensible.

One response to “Dissing Bernie Sanders”