The Young Turks podcast is hosted by former MSNBC host Cenk Uygur and Anna Kasparian.  I started listening to Uygur when he did a progressive radio program with TCM host Ben Mankowitz.  Uygur later hosted a news program on MSNBC 2010 – 2011.

On the October 27 podcast, Uygur and his panel talk about the awarding of a $300 million contract to Whitefish Energy, a company owned by a buddy of Interior Secretary Ryan Zinke, to do work in Puerto Rico.  Only a few months ago, this company had two permanent employees.

There were charges of cronyism when the no-bid contract was awarded and now, as if it couldn’t be worse, details of the contract between the company and FEMA have been leaked.   According to an article in the Hill, the deal between the Trump headed government agency and the small Montana company prohibits the “government from reviewing labor costs or profits related to the company’s relief efforts in Puerto Rico.”   According to the contract, the government is not allowed to “audit or review the cost and profit elements” of the work.

The contract also prohibits the government from making “any claim against Contractor related to delayed completion of work.”

When San Juan Mayor Carmen Yulin called for the deal to be voided, the company threatened in a tweet to stop work.

“They are threatening not to do their job which frankly is quite irregular for a company hired to the work for the public sector,” Yulin tweeted in response.

Two House committees and a federal watchdog have all opened investigations into the deal.

As one of the panelists on The Young Turks asked: “Why bother going into organized crime when you can go into politics?” 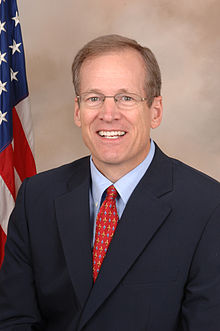 Jack Kingston is a former Congressman from Georgia.  He gave up his House seat in 2014 to run for the Senate and lost.  Not even Georgia would elect him.  Now, he has a lift as a CNN commentator.  His tweet this morning was about doing away with  the Mueller “witch hunt.”

According to reporting by NPR, even before Trump had been inaugurated, Kingston was in Russia briefing American businesspeople about what they might expect from the incoming administration  “Trump can look at sanctions.”  Kingston told NPR in Moscow.  “They’ve been in place long enough.”

Kingston described his role in the Trump campaign as “an active soldier in the foxhole…”  Kingston was in Moscow at the same time as another Trump operative, Carter Page.  (NPR.  Lucian Kim “Trump‘s Men in Moscow” 12/14/16).

After taking a principled stance against Trump, Flake and Corker voted to strip consumers of the right to join in class action suits against exploitative banks and predatory lenders.  This is about more than Trump.  This is about the Republican Party and Fox News and Sinclair.  We have to fight all three of them.

In the vote last night, the Republicans sided with Wall Street bankers, protecting them from lawsuits and forcing customers who have been defrauded to sue individually, which is impossible for most people.  Forced arbitration is forced loss.  Only about 9% of arbitration cases find for the consumer.  As Chuck Schumer said, this is “helping the powerful against the powerless.”  As Elizabeth Warren said: This act is to “hand big banks their biggest win” since the financial crisis.

I’m not in love with the Democratic Party myself, but every Democrat voted to preserve the right of consumers to collective lawsuits.  Every Republican but two sided with the big banks – their donors.  You choose which side you’re on.  Veterans groups opposed this move, the AARP opposed it.  The fricken American Legion opposed this vote.  Shelton Whitehouse called the Republican vote “donor maintenance.”

The Tax bill being written in the House raises the tax rate on those at the bottom of the economic scale.  Your Republican Party at work for you.

If Flake and Corker think Trump is a danger to democracy, they have a moral obligation to support impeachment.  If not, their moral outrage means nothing.

Republicans are bowing out of the political system to cash in outside the formal political arena.  They’ve never had to run for office before.  They are the product of gerrymandering and voter suppression.  Just think abut how they reacted when they had to confront some hard questions at town hall meetings.  They had never had to do this before and now they’re running for the hills.

We have previously discussed how the Democratic establishment has held on to power despite the disaster in the last presidential election.  The Democratic leadership and members were virtually unanimous in guaranteeing the nomination for Hillary Clinton despite the clear anti-establishment mood of the electorate and Clinton’s record negative polling.  By the end of the campaign, the Democrats were largely arguing for an anti-Trump vote rather than a pro-Clinton vote.  Despite the loss to the least popular presidential candidate in history, Nancy Pelosi and various other Democratic leaders have tightened their grip on power.  The establishment then fought off a challenge from Bernie Sanders supporters and elected close Clinton ally Tom Perez to lead the Democratic National Committee.  Now Perez has moved to fill high-ranking positions with establishment figures and Clinton allies. Among them is Donna Brazile who lied about her violation of DNC rules in sharing debate questions with Clinton.  While the DNC staff rallied around Brazile, others saw Brazile as the very embodiment of the rigged primary and the hard-wired Clinton support in the media.  Her unethical conduct led to the termination of her CNN contract, but Perez now wants her on the DNC rules committee.

At the ironically named “DNC Unity Commission” meeting in Las Vegas, Perez circulated his list of appointments and nominations to DNC positions, which was leaked to the media.  Sanders people found themselves outside of high-ranking positions in favor of lobbyists and insiders associated with the establishment. 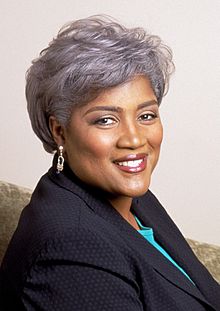 The appointment of Brazile will be particularly galling for many activists who view her as one of the architects of the election disaster — and someone who lied to the media in the wake of the scandal.   It will be hard to show Sanders’ supporters that the party has changed when these same figures reassume control over key positions.  Yet, as the DNC continues to struggle with failing contributions, they are doubling down on establishment.  These figures have succeeded in deflecting criticism of their key role in electing Trump with the selection of the candidate with the least chance to defeat him in an anti-establishment election.  It is precisely the tactics used so unsuccessfully in the election,  Now, with the opposition to Trump growing, they are returning to their prior positions in the hopes that voters will focus on their hate for Trump as opposed for their disdain for the Democratic establishment.

The risk is considerable for the party.  They seriously miscalculated with Clinton in the last election.  While she received more votes that Trump, many felt that other candidates would have easily prevailed against him.  For critics, this move will reaffirm the view that the party elites are primarily concerns with their insular interests and their own self-preservation and self=perpetuation.

What do you think?

Rick Stengel from Time Magazine stopped Nicole Wallace’s show this afternoon on MSNBC to point out the idiocy of broadcasting Sarah Huckleberry Sanders’ press conference.  He called it exactly what it is “propaganda” and “disinformation.”  The questions are useless, the answers lies.  Thanks to Rick Stengel. 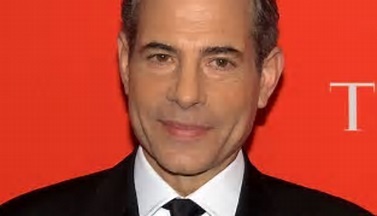 John Kelly didn’t just make a mistake.  He covered for Donald Trump.  He lied about a Congressperson for political purposes.  These guys are not the “adults in the room.”  They are not the answer.  They are not what is going to save us from the destruction of Trump and the Republican Party.

Rep. Tom Morino withdraws from consideration as Drug Czar after a Washington Post/ 60 Minutes expose about a bill he shephered through Congress that hampered the ability of the DEA to effectively move against pharmaceutical companies who were flooding the market with drugs.

What would be going on without the press?

“There are people who think of Johnny as a clown and a buffoon. But I do not. I despise John Iselin and everything that Iselenism has come to stand for. I think if John Iselin were a paid Soviet agent he could not do more harm to this country than he is doing now.”

– The Manchurian Candidate by Richard Condon

The Academy of Motion Picture Arts and Sciences just ousted Harvey Weinstein.  Here is their statement in part:

“We do so not simply to separate ourselves from someone who does not merit the respect of his colleagues but also to send a message that the era of willful ignorance and shameful complicity in sexually predatory behavior and workplace harassment in our industry is over,” the statement read.

“…predatory behavior and workplace harassment in our industry is over.”

I don’t think so.  If the Academy ousted every man who behaved like Harvey Weinstein, there wouldn’t be many men left in power.  Every woman I know has dozens of stories about the Harvey Weinsteins in their lives.  Almost all of the men did very well and are doing very well indeed.  The women, largely, left jobs, lost jobs, weren’t supported, were retaliated against.

There is a new seriousness in the news discussions of sexually predatory behavior, but this isn’t even the tip of the iceberg.

Voters in this country elected as President a man who had admitted to sexually assaulting women.