This photograph doesn’t begin to give you an impression of what is happening on 2,200 miles of Georgia roadway.

The Department of Transportation is in the midst of a clear cutting project that is only half-way through.  We noticed it around our house in Coastal Georgia.  Trees were being clear cut off land that formerly was wooded and beautiful.  What was left was a hideous swamp.  I can’t imagine the effect this had on wildlife.  And, land that previously only had to be maintained by keeping the undergrowth out of the highway, now has to be completely maintained, costing God knows how much money.  This project to make Georgia hideous, hazardous to wildlife, and expensive, is most certainly a boondoggle for the company who has the contract to clear land that didn’t need clearing and the Congress members who no doubt were paid back with favors and deals.  This little project is going to cost Georgians $62.5 million dollars.

Now, you want me to tell you what the DOT and the Federal Highway Administration have to say about this?

Quote, Doug Hecox, spokesman for the Federal Highway Administration:  “Trees are pretty and aesthetically pleasing, we understand that, but there are a variety of reasons why they’re an unsafe choice.”

And, according to the Riverkeeper in Savannah, Simona Perry, the state ignored the impact this little project would have on erosion.  One of the first things we noticed was that what had formerly been a lovely wooded area was turned into a muddy swamp.

“The state disregarded…good environmental practice by doing it this say…There wasn’t a barrier to stop sediment from running into those waterways and that was alarming,” Said Perry in an Associated Press story.

Oh, and Department of Transportation officials quoted to the Associated Press, statistics that 472 people died over the past three years from hitting trees.

I think we should get rid of them all.  After all, how many children get hurt every year from falling from trees and elderly people tripping over their roots.  Clear cut the state.

According to figures from the CDC, 96 people are killed every DAY with guns.  In Georgia, between 2014 and 2016, 4,413 people were killed with guns (Atlanta Journal Constitution).

Here are the rankings for Georgia compared to the rest of the country.

Your Republican Legislature at work for you in Georgia.

This is the best, the very best tweet of the day, the week, maybe forever.

“There are parallels to past authoritarianism, but what’s happening with Trump, in the digital age, is new and transnational.  The president’s loyalty is not necessarily to a state, but to foreign leaders and multinational criminal alliances.  The state is just something to sell.” 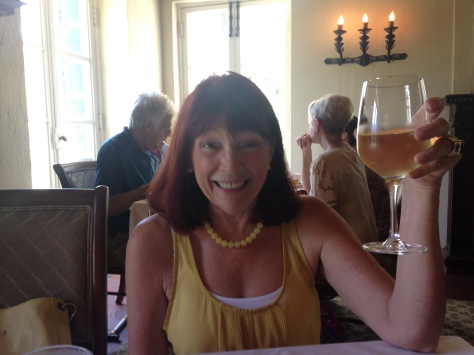 It’s a simple story, I phoned yesterday to schedule an appointment to get the washer repaired.  The washer had flooded the laundry room and the downstairs bathroom. Then, the woman started trying to sell me a long term service contract for all the appliances in the kitchen.  After listening for 10 minutes to a script about the service, I asked a few easy questions and she couldn’t answer.  So, she just babbled off the script again.

When I asked if I could read the contract about exactly what was covered and get back to her, she said that the offer would no longer be good if I didn’t take it immediately.

I got frustrated and impatient (not a rare state for me these days) and told her to make the service appointment but that we didn’t want the contract.

She started reading me the script again.  I got even more frustrated and annoyed and told her again to just make the regular service appointment and hung up.

She didn’t make the regular appointment, so after making arrangements to be here from 8-5 PM, I find out this morning there is no repair person coming.

When I phone to complain and tell them that they should get somebody out here, I have to ask for a supervisor to even hear the word “sorry,” which is useless.

Now, they want to make another appointment on Thursday. That means waiting three days and being here from 8-5 again to wait for repair person. How do people who work get anything done anymore.

I am frustrated and angry and I know that I’m desperately trying to hold on to a world that no longer exists. There is no customer service anymore, you can’t talk to a living person unless it’s somebody for whom English is a second language (sorry but when there’s something wrong with my computer, I don’t want to struggle with another language aside form the impenetrable language of computers) reading from a script. I am hanging on to a world where things work, where there is some rationality, predictability, sense of responsibility and duty. I know, I know, it’s idiotic and a waste of time.

I was spouting off to an ex-husband who I had not seen in years about a doctor’s office the other day.  I said: “It’s just not reasonable.” He stared at me and said: “And that’s your standard?” Like I had lost my mind.

That’s it. Reasonable is no longer a standard. It doesn’t matter if you cannot get an appointment to see your own doctor for two months when you’re ill. It doesn’t matter that Sears is supposed to provide Repair services in a reliable and responsible way, and if they don’t they should make up for it. Those are long gone days.

As I was arguing with Sears, I thought to myself, it’s not even the washer, it’s the principle of the thing. And, then I realized that statement is an antiquity, no longer relevant in this culture.

The nomination of Brett Kavanaugh is as Robert Reich just tweeted a “huge win for corporations and the GOP’s donor class – the culmination of decades of corporate efforts to stack the courts in their favor. We must make a ruckus to block his nomination.”  Tweet 7/9/18

I would argue that we have to make more than a “ruckus.”

Scott Pruitt is out at the EPA, but he may well show up somewhere else.  There have even been rumblings that he has campaigned to be made Attorney General.

And, Pruitt’s replacement is actually worse than Pruitt.

He will continue the work of dismantling environmental regulations easily and quickly since he won’t attract the attention and scrutiny Pruitt did.  The people Trump picks to head agencies like the Environmental Protection Agency are there to cater to industry and destroy the agency itself.

A year ago, a year ago, Andrew Wheeler was a coal industry lobbyist.  He is a climate change denier and he will in the words of Alexander Kaufman, writing in Huffpost, continue the “radical plan to dismantle the nation’s leading public health agency at the behest of the industries it regulates…” (Kaufman, 7/518).

Wheeler is sure to continue Pruitt’s work reshaping the agency’s science advisory boards to make them less scientific.  His tenure will most likely spark the continued exodus of talented professionals who refuse to help cripple the EPA and “put the environment on an ever accelerating train of destruction” (Kaufman, 7/5/18).  Pruitt’s efforts to gut auto emissions standards and limit the use of public health studies in writing regulations will not stop just because Pruitt is gone.  Pruitt’s proposed regulation “to replace a landmark Obama-era rule protecting drinking water for 117 million Americans” (Kaufman, 7/5/18) will be pursued.  And these measures are only a sample of the path of destruction Pruitt has started.

The Sierra Club called for Wheeler’s confirmation to be delayed and an investigation opened after The Intercept reported on irregularities in his fund raising activities.  But, the Republicans ignored the request.  Wheeler dodged questions at his confirmation hearing about climate change and critical environmental policies (Kaufman, 7/5/18).

Once again, I’d like to point out that SUSAN COLLINS voted to confirm this coal industry lobbyist as deputy administrator of the EPA.  Pruitt’s scandalous and criminal behavior as head of the EPA had already hit the press, so Collins knew damn well that she was voting for somebody who was likely to become the administrator.  SUSAN COLLINS IS A SHAM.  And Scott Pruitt’s work is ongoing.

What happened in Flint, Michigan can happen in any town, any city in the country.  We must act now, we must mobilize, we must resist.  We must not let this country become the site for a free-for-all among big business interests.

So refreshing.  So forceful.  Chris Coons is on Morning Joe with the new Democratic strategy for preventing the Supreme Court from being taken over completely by Right-wing ideologues.  What is it?

“There’s very little we can do.”  “Elections have consequences.”

And the Democrats wonder why people don’t turn out to vote for them.  They fight like hell to prevent anybody like Bernie Sanders from bringing integrity, democracy and backbone to the party.  “There’s very little we can do.”  It’s pathetic.

is a retired U.S. Army Colonel.  He is also the former chief of staff to Secretary of State Colin Powell.  Wilkerson was part of the preparation of Colin Powell for his February 2003 presentation to the United Nations Security Council which helped pave the way for the invasion of Iraq.

Subsequently, Wilkerson has stated that the information on which this presentation was based was false.  Powel, he has said, was not made aware of doubts about the source of the information at the time.  Wilkerson has also publicly spoken out about the poor planning and execution of the Iraq War.  He is a strong critic of the decision-making process of the Bush Administration largely taken over by Vice President Dick Cheney and Donald Rumsfeld.

Wilkerson has appeared on Bill Mahrer several times, most recently in June 2018 with Jennifer Rubin.  On that show, Wilkerson pointed out that the Intermediate Nuclear Forces agreement is in danger of collapse.  We should, he argued, be talking with the Russians.

As the Guardian (Borger, 4/17/2018) has pointed out: “the 2010 New Start treaty limiting the deployed strategic warheads and delivery systems of the US and Russia, will expire in February 2021, unless urgent steps are taken to extend it.”

Wilkerson, however, has very little confidence that this president at this time could cope with these issues.

Wilkerson and Powell were profoundly disillusioned by their experiences within the Bush Administration.   Wilkerson can always be counted on to speak his mind and speak truth to power.

Susan Collins made this statement yesterday:

“I’ve done a lot of work on the list and, I have told the White House counsel individuals that to me appear to meet the criteria of accepting that Row v. wade is settled law and who have extraordinarily good backgrounds.”

In 2016, she wrote in the Washington Post that Trump was “unworthy of being our president.”  Now, she’s willing to allow him to appoint a justice to the Supreme Court.

Susan Collins is not a moderate and she’s not an ally.

Jennifer Rubin was once accused of being such a fawning supporter of Mitt Romney even the right thought she was trying to get a job in a future Romney administration.  Nevertheless, she has become a forceful voice against the Trump administration and all it stands for.

On the White House Press Corps: “They sit there, they take it, they record it…”  “Get up and leave.”  “Your lives are in danger.”  “That’s incitement to violence too.”

On Sarah Huckleberry Sanders: “These people should be made uncomfortable.”  And it should be a “life sentence.”

Malcolm Nance: “The United States is now a partner in the destruction of Western democracy and the Atlantic Alliance.”